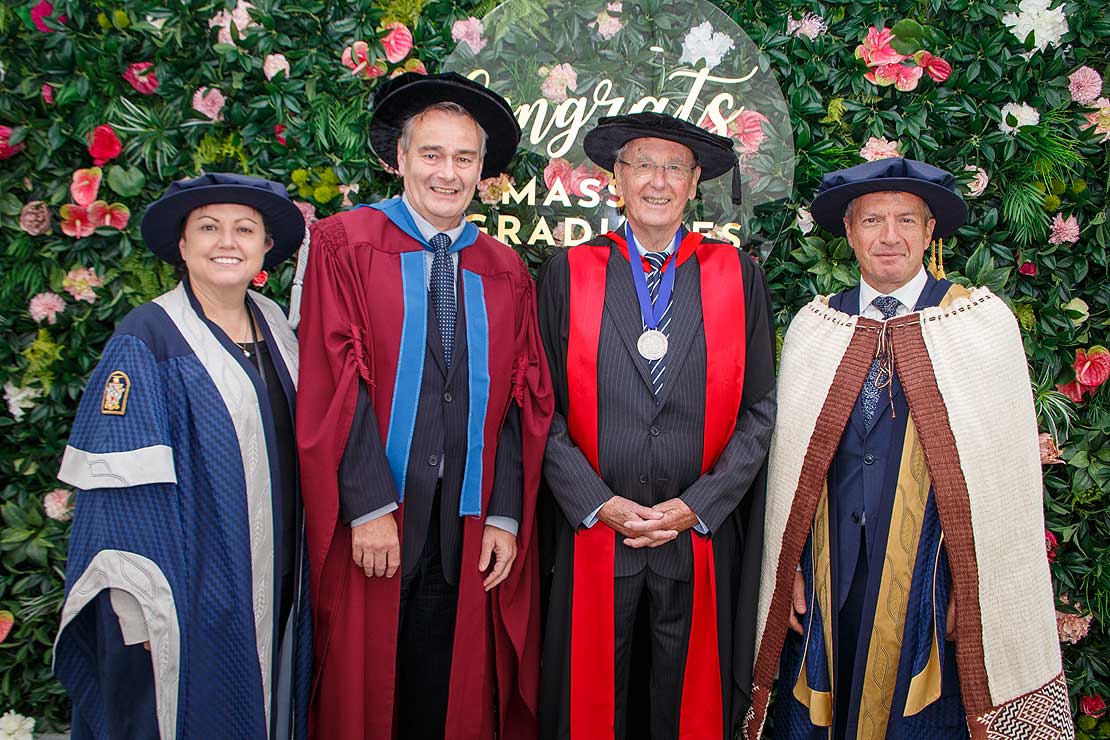 The award is in recognition of Dr Marshall’s outstanding and ongoing contribution to Massey University and the New Zealand food sector in multiple leadership, advisory and governance roles.

In his citation at the College of Sciences' graduation ceremony, Professor Jeremy Hill said Dr Marshall has had a profound impact and has “made a real difference to not only Massey University and the national food sector, but to New Zealand and the global food sector.

“Amongst wide-ranging achievements, his work laid the foundation for waste and environmental performance of dairy factories and the development of New Zealand milk protein products, an industry now worth billions of dollars.”

“Much of this is chronicled in Whey to go: Whey Protein Concentrate: A New Zealand Success Story, a story Dr Marshall contributed to as both a co-author and major contributor to innovations covered within it,” Professor Hill said. 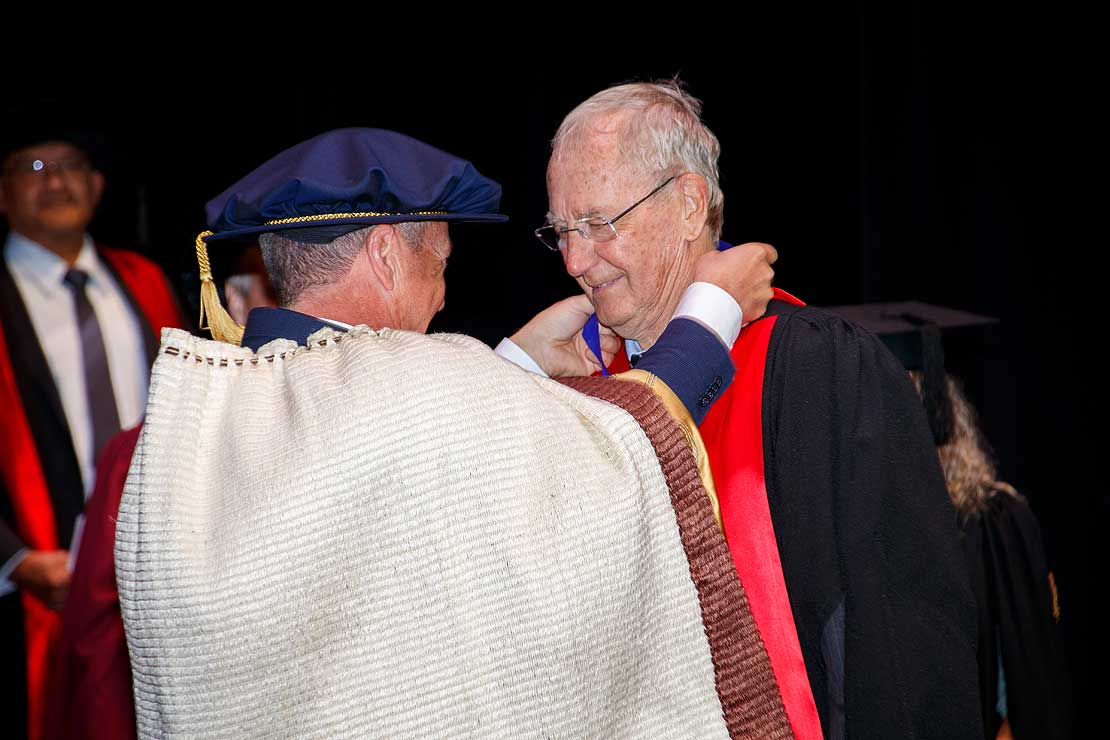 Dr Marshall says he began studying science because he was good at maths and chemistry at school.  Born in Dunedin, he attended Christian Brothers High School (now Kavanagh College) before moving north to complete a Bachelor in Chemical Engineering at the University of Canterbury in 1963. In the same year he married Julie and joined the staff of the New Zealand Dairy Research Institute, which was undergoing a major expansion.

“Dairy industry leadership had the foresight to not only employ the best talent available but to send that talent to gain deeper knowledge and skills overseas to global centres of learning. So it was as an employee of the New Zealand Dairy Research Institute that Kevin undertook a move even further north to the University of Birmingham where in 1964 he gained a Masters in Biological Engineering, or what we would call today biotechnology, for a thesis on the production of yeast grown on whey using continuous culture. It is a tad ironic that history appears to have come full circle with today various groups around the world trying to produce whey from yeast,” Professor Hill said.

Dr Marshall’s work on the standardisation of milk powders and international science-based advocacy in the International Dairy Federation (IDF) and Codex is worth hundreds of millions of dollars in annual export receipts. He also worked on topics as diverse as using dairy to produce chicken feeds and soy sauce, before undertaking a PhD at Massey to research the continuous fermentation of whey to produce lactic acid as a means of waste disposal, which in turn could be used to acidify milk to produce casein. Over many decades, he maintained a strong and wide-ranging commitment to Massey. As Corporate Technical and R&D manager for the New Zealand Dairy Board and Chief Executive of the New Zealand Dairy Research Institute (NZDRI), he was ultimately responsible for the hugely successful New Zealand Dairy Industry Graduate Training Programme (DIGTP) partnership between Massey and the dairy industry.

In 2012, as part of the Riddet Institute Thought Leadership Team, he co-authored A Call to Arms, A contribution to a New Zealand Agri-Food Strategy and as the current Chair of the Riddet Institute Board has overseen the development of a transformational strategy as part of the successful re-bid of the Riddet CoRE. “His many contributions and achievements were recognised in 2015 when he was presented with the International Dairy Federation Award,” Professor Hill said.

Dr Marshall, he concluded; “has achieved so much through a combination of foresight, perseverance, respect for those he is working with and indeed those who hold views counter to his own, the ability to change course when circumstances demand, and an eye for talent needed to complement his own skills and knowledge. He also has an abundance of energy that has diminished only slightly with advancing years.”

In his award acceptance speech, Dr Marshall ­– who attended the ceremony with his wife Julie and four of his five daughters – says his work on whey protein concentrate in mid-60s and early 70s is among many career highlights. Encouraging cleaner dairy factory waste disposal has also been a strong feature of his work. During the 1950s, it was common practice to dispose of whey (the liquid remaiing when milk has been curdled and strained) into streams “because it gave you big eels. But that had to stop.”

Throughout his career, he told the audience: “I tried to do best I could with what I had in front of me.”

His advice to graduates is to “take every opportunity that comes your way, seek mentors and learn to communicate effectively.”

He particularly emphasised the value of clear written and spoken communication, adding that “clear communication from scientists has helped our team of five million to avoid the worst of COVID so far.”